Alpacas Featured at the Superbowl! 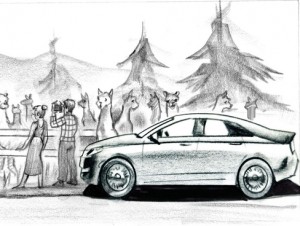 When Leslie Warren of Rancho Keleje Alpacas in Fillmore, California was asked to provide 20 of her alpacas to be used in the filming of a commercial, she agreed whole-heartedly.  Little did she know it would premiere the day on which commercials are watched as intently as the season premiere of the hottest hit television series!  Super Bowl Sunday!

The alpacas of Rancho Keleje Alpacas will be featured in a Ford-Lincoln commercial, airing during the 2013 Super Bowl.

Read more about what makes this commercial uniquely special…